Adam Sheldrake, a young British architect travels to Barcelona for what should be a fairly ordinary holiday. By chance, he meets a beautiful, talented, twenty-seven-year-old Italian artist, Caterina Fonteras at the Olympic Stadium and, from this point, the holiday turns into a life-changing experience for both of them.

With a common interest in Antoni Gaudi, the famous Spanish architect, they visit the Sagrada Família and are drawn into a world of violent fanaticism, resulting in their capture and imprisonment.

This romantic thriller, set in the year 2012 leads the reader into many twists and turns, a major threat to the Catholic faith and some quite extraordinary revelations.

Interestingly, when I wrote this in 2006, “The Gaudi Facade” contains a reference to David Cameron being the Prime Minister, a prediction that in May 2010 came true.

“A captivating story Dan Brown style with a Manchester twist. I couldn’t put it down till I read it to the very end. A must read if you are interested in the Gaudi architecture. This is the second published book of this author. The first one, called “A Comfortable death” tells a story about life in the Philippines.” N. Kukharuk – 5 star

Also by J.S.Raynor: See All Evil | A Comfortable Death | A Chronicle of Intimacies | Who wants to be British? 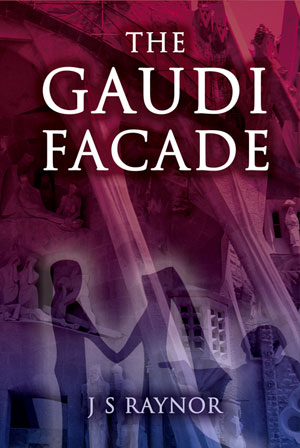